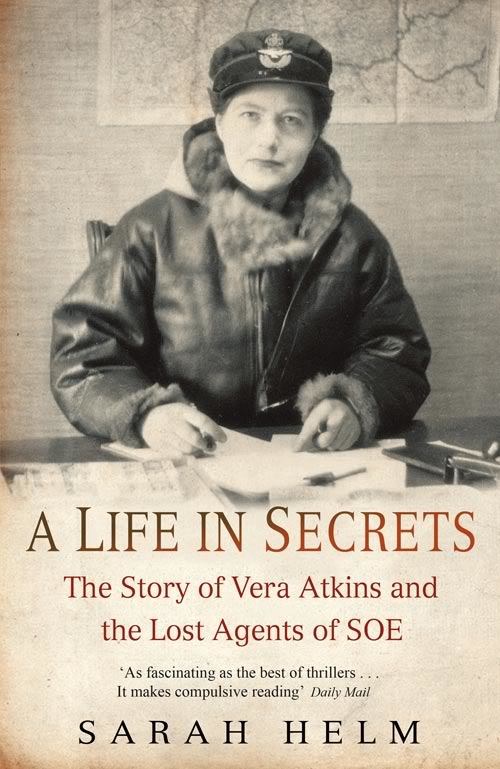 A Life in Secrets: The Story of Vera Atkins and SOE's Lost Agents

During World War Two the Special Operation Executive's French Section sent more than 400 agents into Occupied France -- at least 100 never returned and were reported 'Missing Believed Dead' after the war. Twelve of these were women who died in German concentration camps - some were tortured, some were shot, and some died in the gas chambers. Vera Atkins had helped prepare these women for their missions, and when the war was over she went out to Germany to find out what happened to them and the other agents lost behind enemy lines.

But while the woman who carried out this extraordinary mission appeared quintessentially English, she was nothing of the sort. Vera Atkins, who never married, covered her life in mystery so that even her closest family knew almost nothing of her past. In A LIFE IN SECRETS Sarah Helm has stripped away Vera's many veils and -- with unprecedented access to official and private papers, and the cooperation of Vera's relatives - vividly reconstructed an extraordinary life. 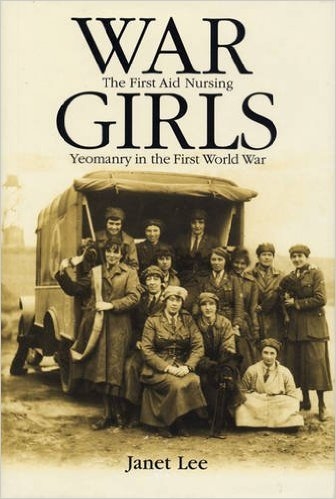 Janet Lee's book is not a simple history of the FANY in the Great War; it is a treatise on "wartime renegotiations of gender", exploring, in depth, how Ashley-Smith and the FANYs achieved service at the front while retaining their femininity, what it meant in the society of the time and how it effected post-war change.

Ms Lee acknowledges that she was "enthralled and intrigued by FANY adventures":

“They were fiercely independent and quite audacious, and while they threw themselves into their hard and gruelling work, they are also remembered for their propensity for fun and adventure. In addition, they were one of the most decorated volunteer organisations and amassed an outstanding number of honours and medals”.

But as a feminist, she was disappointed by them. It has to be remembered that the book is being marketed in the USA as well as the UK, and that even today's young women were not brought up on a diet of suffrage and equal rights for women so familiar to us from the 60s, and to our mothers and grandmothers between the wars. However, there are moments in the opening chapters when the glaringly obvious is expounded; the position of women in British society in 1914, something of the class structure and background of the ladies who joined the FANY and reminders of the lack of emancipation and the concept of the female role held both by men and women themselves.

Even having studied all these points, Ms Lee had hoped for a more modern reaction from the FANYs of 1914! What she goes on to give us though is the most well-researched and detailed account of everything the girls did in the Great War, in a compelling and fascinating tale. Nothing is lost by its having the interspersed treatise on gender issues. The study of feminist writing (using FANY reports and diaries) is particularly interesting and enlightening.

At the Armistice, “many FANY knew they would miss the fun and friendship shared …… and feared their loss of independence.”

How many times throughout the book does the spirit of the current Corps resound? This author has captured Esprit de Corps and understood the FANY persona (warts and all) to such an extent that the book is to be recommended to any member with an interest in our past. My commentary is limited to a few hundred words, which hardly does it justice, but I look forward with pleasure to re-reading “War Girls” again and again. It is worth reading! 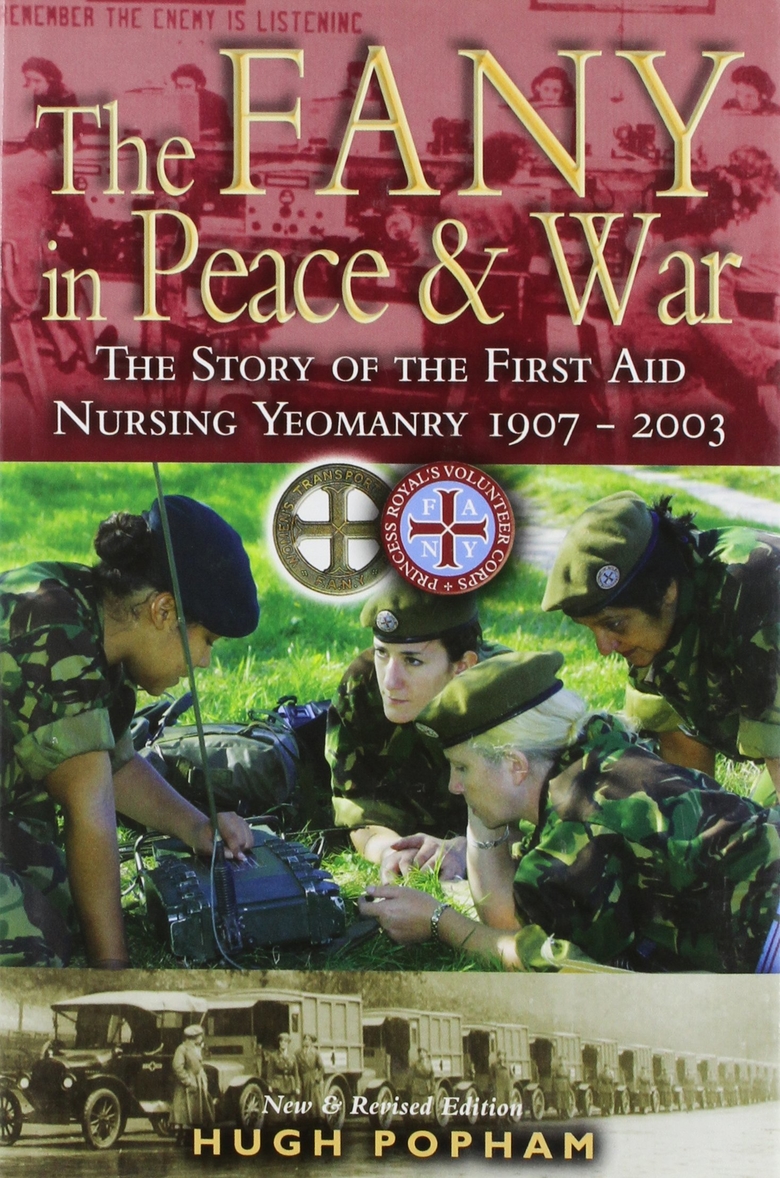 The FANY in Peace and War

The new and revised edition of the FANY history.

"The strangely named First Aid Nursing Yeomanry traces its origins to the Great War. As a mark of their outstanding service they remained in being between the wars. However, it is for their service during the Second World War that they are best known. They worked in a wide variety of roles both at home and overseas, both overt and covert and today are still making a vital contribution."
Copies of the Book are now available at HQ for personal callers only, price £20.

The Corps makes a profit on those we sell ourselves, but we are unable to cope with postal orders. To order by post, please contact the publisher. 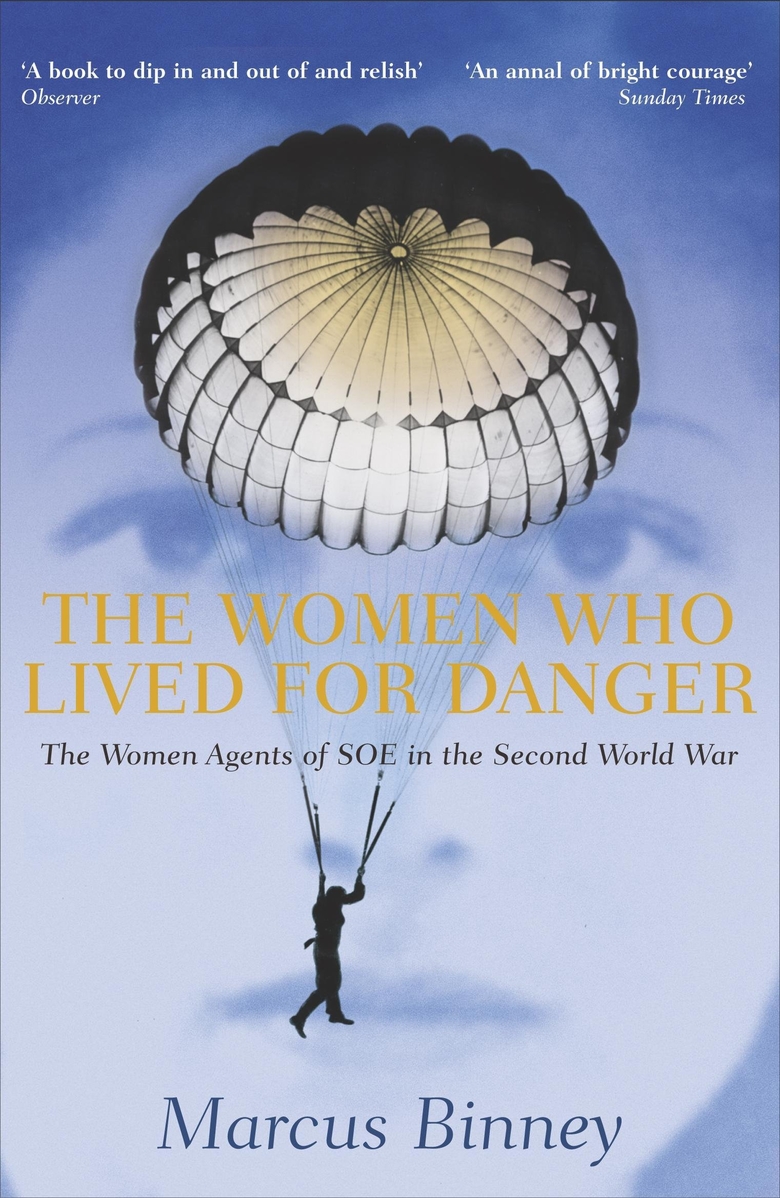 The Women Who Lived for Danger

At the height of World War II, 37 women were dropped in occupied France to work as Special Operations Executive agents and "set Europe ablaze".

Thirteen never returned. This is the true story of eight of those female agents, all striking beauties (despite the need to be inconspicuous), all from civilian life, who were warned of the likelihood of arrest, torture and a brutal death before they volunteered. None demurred. These young women were given months of arduous fitness, gun, explosives, endurance and code training before parachuting into occupied territory.

The book contains eight very personal tales. Why did these women volunteer? Where did they come from? Marcus Binney tells of a life of Resistance work and undercover operations, clandestine activities and even armed combat, and a constant fear of discovery. But above all, this is the story of extreme bravery and devotion to duty.

In Obedience to Instructions

The First Aid Nursing Yeomanry or FANY, as it was invariably and affectionately called, is not generally perceived in the same light as the far better known Special Operations Executive. SOE immediately conjures up images of daring incursions into enemy-occupied territory for purposes of sabotage, intelligence gathering and other nefarious activities with agents risking torture and death. However, after sterling work in the Great War transporting the injured to hospital and back to England, the FANY became something of a 'cover' in the Second World War. While books have described the exploits of agents who served with FANY, such as Odette Churchill and Violette Szabo, the wider role of this tight-knit organization is not nearly so well known.

Margaret Pawley's In Obedience To Instructions stylishly describes the vital work that the FANY performed in supporting directly the SOE's operations in the Mediterranean theatre. She is admirably equipped to put the record straight for not only was she there herself and able to draw on the experiences of her colleagues both SOE and FANY but she is an experienced and gifted author. She has successfully woven together a fascinating tale, all the better for being 100 per cent fact, of the activities of hitherto unsung heroes and heroines. As a result another piece in the jigsaw of World War Two intelligence operations is slotted firmly into place.

This is not only a heart-warming story of dedication, daring and comradeship but a valuable piece of history. Margaret Pawley's work will be appreciated by both those 'in the know' or others who want to be.

Margaret Pawley née Herbertson was born in Germany of British parents. After war service in SOE in the FANY Corps in Egypt and Italy, the subject of this book, she read History at St. Anne's College, Oxford. She worked in Malaya during the Emergency before her marriage to Bernard Pawley, later Archdeacon of Canterbury. She has taught for the Open University and In Obedience to Instructions is her fourth book. Now a widow with six grandchildren, she lives in Kent. 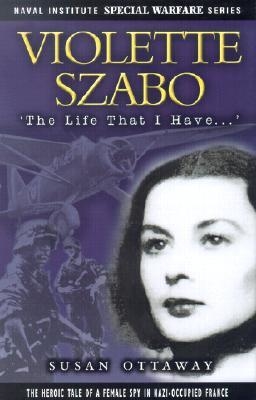 Violette Szabo: The Life That I Have

The book and film Carve Her Name With Pride have moved millions of men and women with their tale of incredible bravery and fortitude. The heroine Violette Szabo was an attractive young mother who volunteered for the Special Operations Executive, and after arduous training, parachuted into Nazi-occupied France.

Captured dramatically by the Germans she was tortured and cruelly shot in Ravensbruck Concentration Camp, aged a mere 23 years old. Inevitably fact and fiction have become confused in the past, but this well researched biography reveals the truth behind this remarkable story. 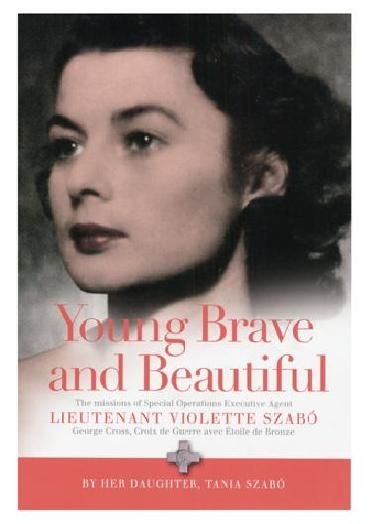 Tania has dramatically recreated the two 1944 missions of Lieutenant Violette Szabo, GC, SOE Secret Agent in WWII, to retrace each step of her dramatic journeys in the most dangerous zones of occupied France with flashbacks to describe how Violette became the remarkable young, brave and beautiful woman she was. The title was devised by Seamus Morvan of the Morvan Family Hotels.

Young Brave and Beautiful was researched and written by Violette's daughter, Tania Szabo 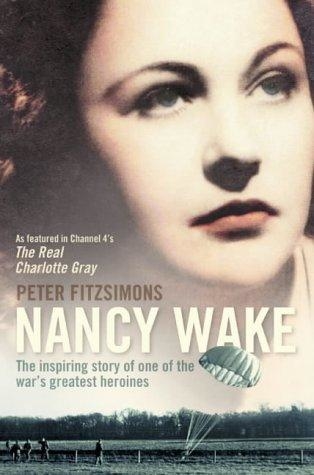 For Nancy, what began as a courier job became a highly successful escape network for Allied soldiers, perfectly camouflaged by her high-society life in Marseilles. Such was Nancy's knack of slipping through the Gestapo's traps, she was dubbed "the white mouse". Much later in the war, Nancy discovered that her husband had been tortured and executed for not revealing her whereabouts.

Nancy was forced to flee to England, where she was trained by the British Special Operations Executive and parachuted back behind enemy lines. Again, she rallied to the cause and helped lead a powerful resistance force. Her work included supplying weapons, organising countless ambushes, and she once cycled four hundred kilometres through German checkpoints and across a mountain range to find a new transmitting radio.

Nancy Wake is one of the most decorated wartime heroines, having received numerous international honours, including the George Medal, the Croix de Guerre, the Medaille de la Resistance, the Chevalier de Légion d'Honneur and the US Medal of Freedom. 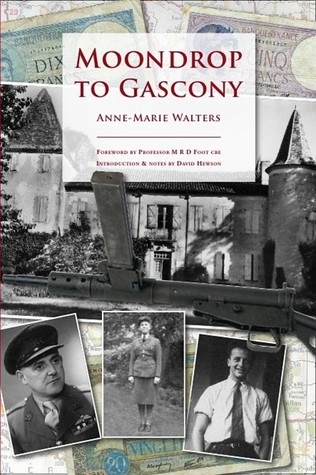 On a cold, moonlit night in January 1944, Anne-Marie Walters, just 20 years old, parachuted into southwest France to work with the Resistance in preparation for the long-awaited Allied invasion. The daughter of a British father and a French mother, she was to act as a courier for George Starr, head of the WHEELWRIGHT circuit of the SOE. Over the next seven months Anne-Marie criss-crossed the region, carrying messages, delivering explosives, arranging the escape of downed airmen and receiving parachute drops of arms and personnel at dead of night – living in constant fear of capture and torture by the Gestapo. Then, on the very eve of Liberation, she was sent off on foot over the Pyrenees to Spain, carrying urgent despatches for London.

Anne-Marie Walters wrote Moondrop to Gascony immediately after the war, while the events were still vivid in her mind. For this new edition, David Hewson, a former Regular Army Officer adds biographical details for the main characters, identifies the real people behind the pseudonyms and provides background notes. He also reveals what happens to Anne-Marie after the war. 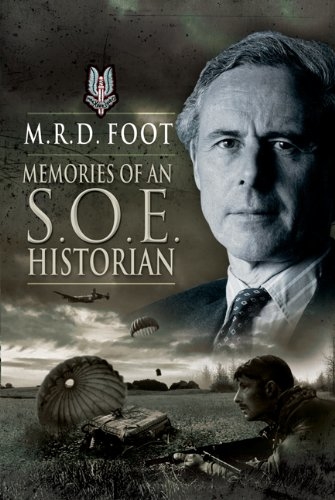 Memories of an SOE Historian

Michael (MRD) Foot enjoys the rare distinction of being the only person referred to by his real name in a John Le Carre novel. A highly significant tribute to the man entrusted with writing the official record of the Special Operations Executive. He authored first (1966) the History of SOE in France and twenty years later the highly sensitive accounts of SOE operations in Belgium and Holland (which the Germans infiltrated with disastrous results). With his own war service background and academic reputation MRD was an inspired choice for these historic tasks. He was fearless in pursuit of the truth and in thwarting bureaucratic attempts to muzzle him. His war exploits make thrilling reading. His behind-the-lines mission to track down a notorious SD interrogator went badly wrong and he only just escaped with his life. His career has brought him into close contact with an astonishing cast of characters and his tongue-in-cheek account of academic life makes lively reading.